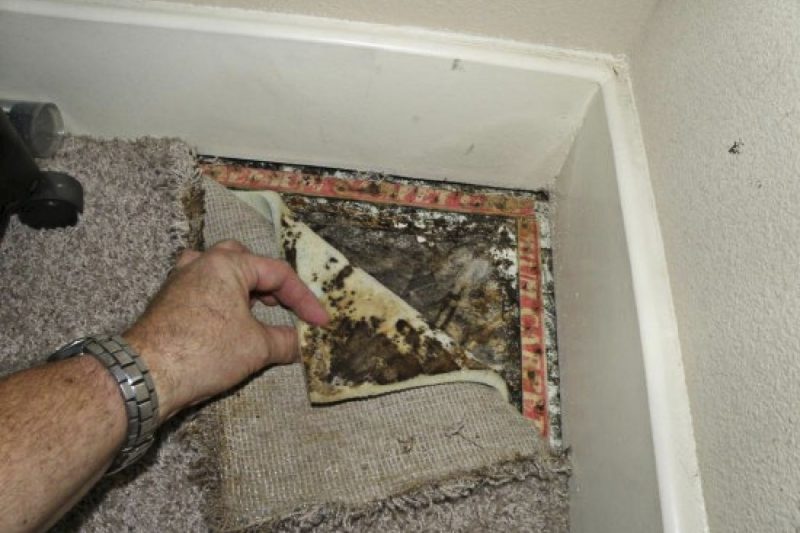 This ERMI dust testing method or protocol was developed by EPA. This test relies on PCR/DNA to obtain the result.

This ERMI dust testing method or protocol was developed by EPA. This test relies on PCR/DNA to obtain the result. The objective of the original research was to confirm or deny mold as a factor in asthmatic children living in homes in Boston, Kansas City, and San Diego in 2006. The testing candidates were chosen from a HUD’s 2005 American Healthy Homes Survey. Thirty six molds are included in this test. The initial results showed that Aspergillus niger was present at higher levels in children that reported “mild, intermittent asthma”.

The conclusion of the initial study found higher ERMI values were associated with homes of asthmatic children in three widely dispersed cities in the United State.

ERMI just isn’t designed and implemented to see if your home has mold.

Today, ERMI is database began with the initial results results. Database access is licensed to existing certified environmental labs. The database adds all results analyzed in all labs. But here’s the flaw: because there is such a wide variety of collection methods (the people taking the dust sample) the conclusions aren’t accurate.

Here’s what I mean: Joe owns a home is the heart of Brooklyn and collects dust from under his front room couch, his 15 year old’s bedroom closet, and under his dishwasher. Jane owns a house in rural Iowa and takes a dust sample from the front seat of her work truck, on top of her refrigerator, and behind a sofa. Joe, has professional housekeeping service weekly for years. Jane is relaxed about her housekeeping and reports infrequent and/or deep cleaning. Joe’s sample probably wouldn’t have enough dust, Joe’s dust would be recent. Jane had too much dust and that dust could be 5 years old. Environmental Relative Moldiness Index, or ERMI, developed by U.S. Environmental Protection Agency researchers, is a research tool and is not recommended for use except as a research tool. There are physicians that rely on ERMI results when working with patients. We never contradict a physician and will perform ERMI testing. Homes with high ERMI values have a greater chance of having a mold problem then homes with a low ERMI. 36 different fungi make up the ERMI and are designated as Group I (those found in atypical, water-damaged homes) and Group II (those commonly found in all homes): An ERMI test is a composite dust sample test. Because of this, we cannot determine from these results where the contamination or source(s) of moisture causing any contamination are located. We also cannot give accurate cleanup instructions (remediation protocol) with this sort of sampling. Also, we are testing historical dust located in your home or office. It is not possible to determine if the dust was collected over the last five years or one week. We do try to test dust from behind the furniture or appliances, if possible. It is recommended that a companion traditional mold air samples be taken concurrently with ERMI testing. This ensures fuller snapshot in time of the mold level exposure. Because of the costs involved, we recommend obtaining mold air sample with ERMI dust samples and holding the ERMI samples at the lab, pending mold air sample results. If elevated mold spores are found in the air, then the ERMI dust samples can be analyzed at the lab. With all lab results plus our initial physical inspection with photos we are able to give mold cleanup or remediation professional instructions for successfully removing the mold from your home or office.

The purchasers of this test have unrealistic expectations about the results. Here’s my list of the things wrong with all environmental test kits: Is the lab licensed with EPA to perform ERMI testing. You won’t know if the mold is from mold growth inside your home or blew in from outside. You can’t create a complete plan to cleanup mold growth. You can’t have “peace of mind” that no mold is growing. Read more about allergen dust testing here. Read more about toxic mold testing here.

Send Us A Message​​